Have you heard of the 8 Cello Warriors? They are strong, nimble, and light-fingered. Armed with their cellos and bows they are going into battle, accepting every challenge they encounter: great danger, the unknown, and bumps in the road ahead. The Cello Warriors are making their bows clash like swords. They create a maze of unfamiliar string sounds to make sure their opponent gets lost. Using both laughter and thrilling music the Cello Warriors move gracefully in battle. What power would you need to become a warrior?

Cello Warriors is a three-part dance concert by 3 choreographers about acting tough, winning and losing, being vulnerable and the power of music, featuring 3 music pieces by Bartók, Glass and Ligeti. 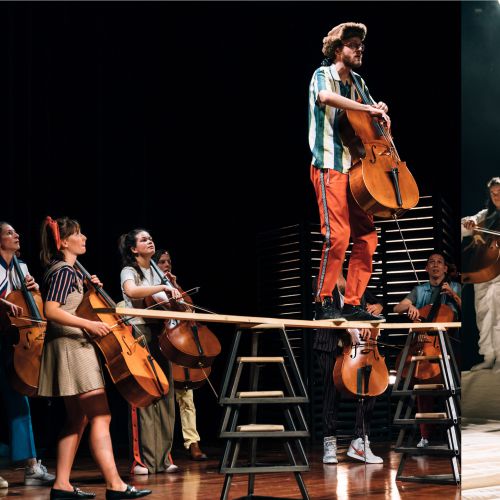 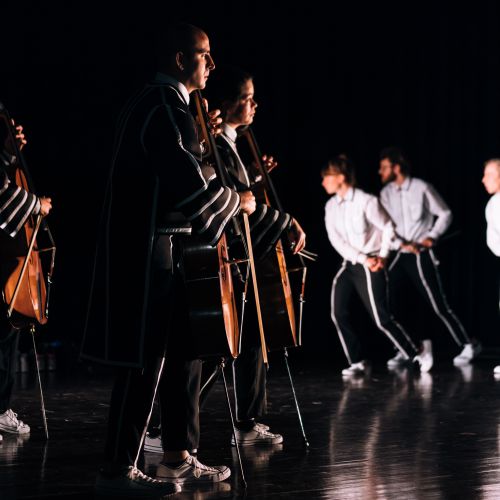 Ticket sales
The exact state of the ticket sales is known at the ticket office of the location. When a location let us know that an activity is sold out, we will put it on this site as soon as possible.